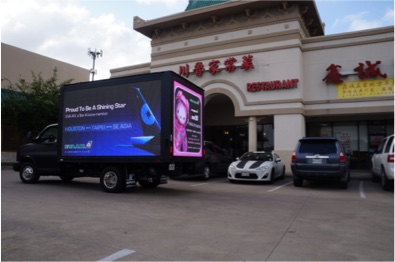 Comparing Static and Mobile Billboards: Which One to Get

If there is one traditional form of advertising that can continuously engage people, that is billboards. This type of advertising is as relevant today as it was years back. These advertisements are placed in high-traffic areas that give them a high number of views and impressions, making them a better medium than other marketing options. They represent the best type of offline advertising that can raise brand awareness in as many people as possible.

If you are considering utilizing billboards for your business, you now have two options to try. You can either have a static billboard or a mobile billboard advertisement. Most advertisers are having difficulty deciding which one would be best for their campaign. This article will compare the two to help you make a decision.

What Is the Difference Between the Two?

How Do They Target the Audience?

Any of the two types can help you target the general audience because of their location advantage. However, if you want to target a particular group of people, a mobile billboard will benefit your brand more. For example, let’s say your brand is targeting working people from a specific industry. You can choose to place your billboard right next to an office building or a commercial area where your target people are often found. Mobile billboards offer a more versatile way to reach more people from a particular group or sector.

Which Has More Visibility?

The great thing about static billboards is that you can be sure that many people will see them. Since they are placed in high-traffic areas, many of these billboards tend to be placed side by side, intensifying the competition. This means that you might need an eye-catching design to make your billboard more prominent and capture people’s attention.

Mobile billboards do not have this problem, as they can travel from one place to another. Since they are roving advertisements with beautiful visuals and sometimes light and music, catching people’s interest is not something you need to worry about.

Which Is More Cost-Effective?

The CPM for static billboards usually cost three to five dollars, while for mobile billboards ads, you will only pay .75 up to two dollars. Besides being cheaper, getting mobile billboard services is more straightforward and quicker.

Both static and mobile billboards can help you reach a wide audience. Knowing which one you should get depends on your priorities and budget as a brand. This article has shown you the advantages of both and how they can help promote your campaign. Determine which among them you think can help your business better.

Are you in need of a mobile billboard in New York? Mobile LED Billboards has mobile billboard trucks for sale that you can use for your outdoor advertisements. We are also the largest nationwide supplier of LED trucks for rent. Contact us at 1-877-728-9631 if you have any questions or inquiries.

Your email address will not be published. Required fields are marked *